At 4AM CDT, Monday, major Hurricane Fabrication was located at 17.6 N 81.4 W or 1200 miles SE of JSC, moving WNW at 17 MPH. Maximum sustained winds were 120 MPH.  Fabrication has regained some speed and is now a major category 4 storm and is expected to hit the Yucatan coast of Mexico Tuesday morning.   Fabrication is forecast to weaken while crossing the Yucatan peninsula but should strengthen reaching the warm waters of the southern Gulf of Mexico on Wednesday morning.  As of now steering currents look to take Fabrication on a relatively speedy course to the northwest in the Gulf of Mexico toward the Texas coastline.  A re-strengthening of the surface Atlantic high pressure centered east of Florida is expected to occur on Thursday and this may turn Fabrication on a more westerly track toward the central Texas coast.  JSC remains on the edge of the forecast error cone and some forecast guidance does not turn Fabrication to the west as fast as the current forecast.  A special hurricane recon aircraft will sample the larger scale environment over Gulf on Tuesday and Wednesday to better determine the strength of the surface ridge and the likelihood of the westerly turn.

The next advisory for the exercise will be issued Tuesday morning.  Take time to review your hurricane plans now. 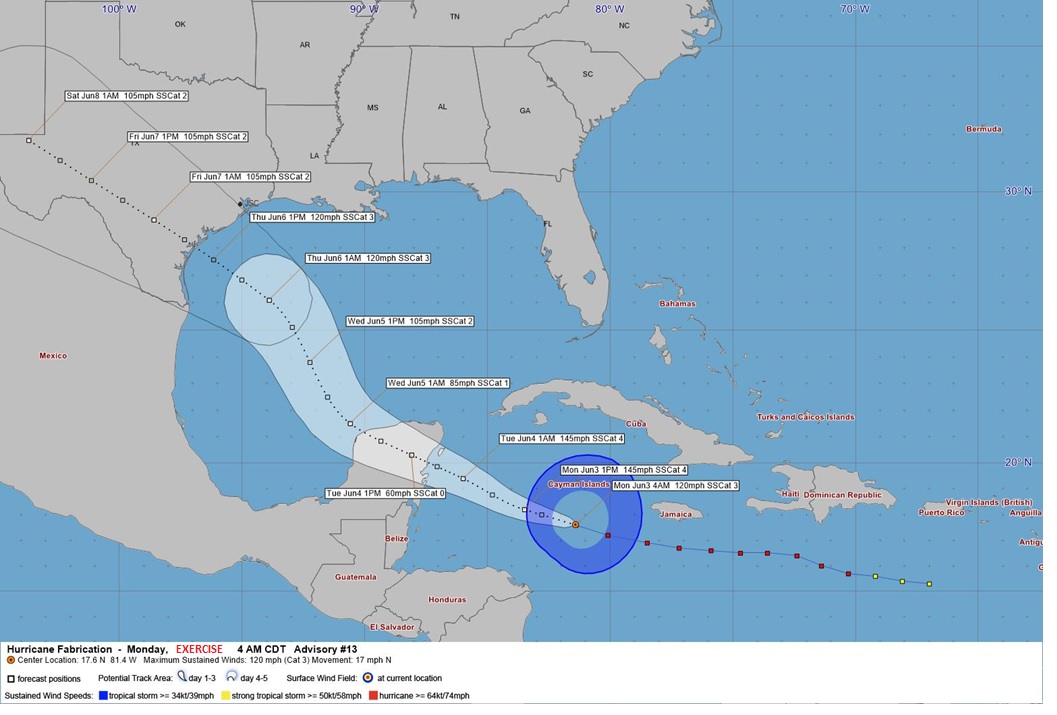