Hurricane Mock made landfall on Galveston Island at 7AM CDT this morning.  At 10 AM CDT the center of Hurricane Mock was located only a few miles west of JSC.  Winds at JSC Building 30 gusted to 76 mph at 8:58 AM but have now become light and variable as the eye passes overhead.  Winds should pick up in intensity to near hurricane strength again for about the next 1 to 2 hours as Mock continues moving northward at 9 mph.  Winds should drop below 40 mph by late this afternoon.

Rainfall at JSC since midnight has totaled nearly 6 inches and an additional 2 to 3 inches is likely today.   Minor to moderate street flooding is occurring at the usual trouble spots onsite.   The rain gauge at NASA Ellington Field has measured 4.85” of rain since midnight.  The intersection of Bay Area Blvd and Space Center Blvd was impassable due to high water as of 9:30 this morning and will likely remain so for the next few hours.   The heaviest rainfall has been occurring just east of JSC over Galveston Bay and the Kemah / Seabrook / Taylor Lake Village areas.

Weather should improve rapidly this evening and mostly sunny skies are forecast tomorrow with a breezy south wind of 15 to 20 mph.  There is a 30% chance for additional thunderstorms by late tomorrow morning which could impact recovery efforts. 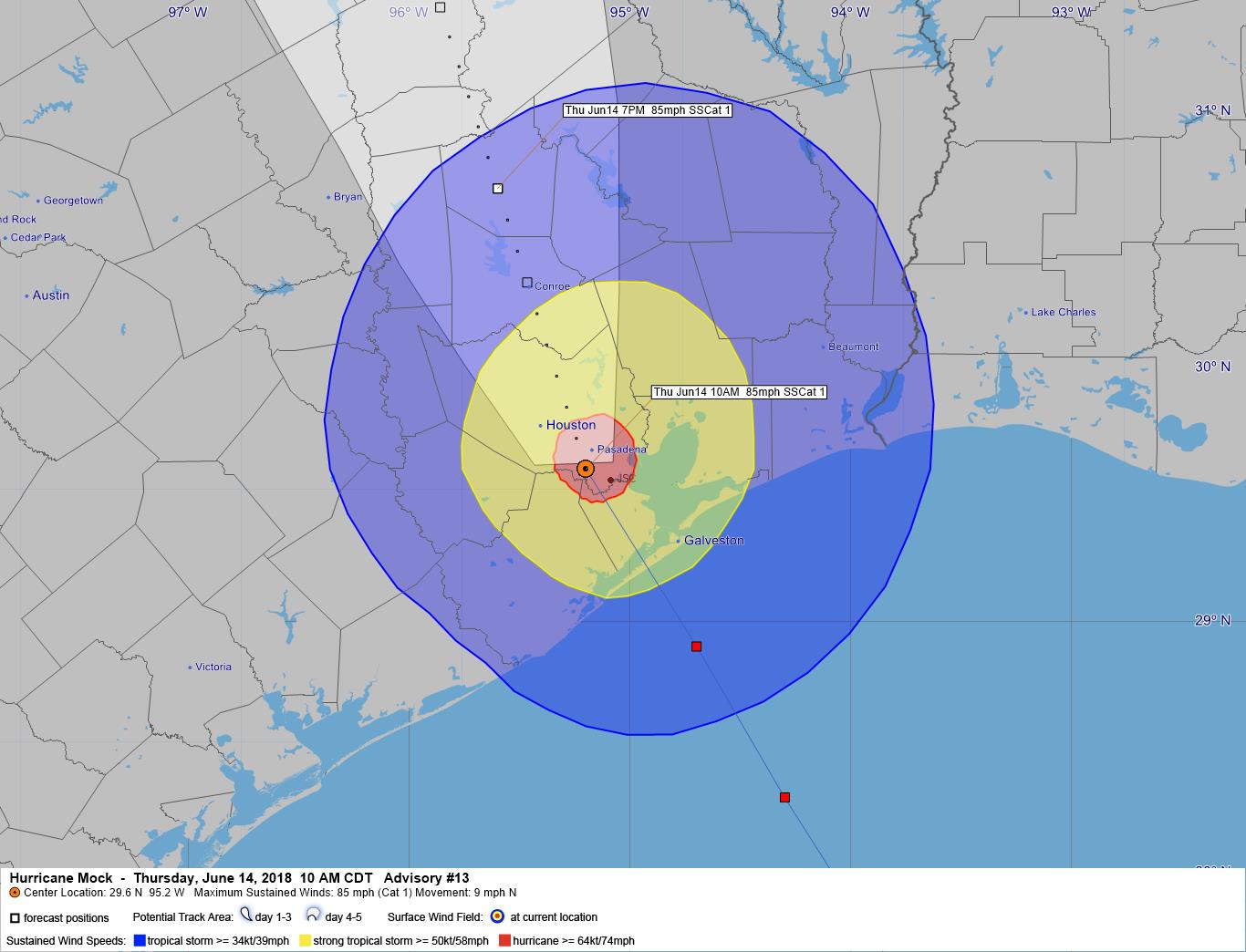 Please use the exercise information to prompt discussion of recovery with your organization.

Consider how you would account for employees and communicate after a storm passes.

After the storm clears, damage to JSC is as follows:

It is unclear at this time how the flooding has impacted operations at B28.

Some of metal roofing in the 200 and 300 area saw moderate to major damage from the wind; minor roof damage seen throughout site.

Debris from trees litters the grounds. A few trees are down in various spots around site, but no roads are blocked.

SCTF have reported minor roof and door issues, and EF reported major roof damage to 990 from a suspected tornado.

This is the last email regarding the exercise.

PLEASE TAKE THIS TIME TO UPDATE YOUR EMERGENCY CONTACT INFORMATION IN id.nasa.gov or employee express.