There has been little change with Hurricane Mock since the last update.  At 10AM CDT Hurricane Mock was located at 26.9 N 93.4 W or about 210 miles southeast of JSC.  Mock was moving northwest at 9 mph.  Maximum sustained winds remain at 85 mph with some higher gusts to 95 mph near the eye.   Mock is forecast to remain a category 1 hurricane at landfall and weaken quickly.

On the predicted course Mock will make landfall on the upper Texas coast somewhere on Galveston Island around 7 or 8 AM tomorrow [Thursday].  Tropical Storm force winds at JSC and NASA Ellington Field can be expected to begin around midnight tonight.  Winds over 60 mph could begin around 6AM and hurricane force winds of 75 to 85 mph between 10AM and 2PM tomorrow when the eyewall is near or passes overhead.  A few tornadoes are likely in some of the spiral bands.   Rainfall amounts of between 8 to 10 inches are likely around JSC with some isolated amounts to 15 inches possible.   On the forecast track the eye of Mock will pass overhead or just west of JSC.  This will push water into Galveston Bay and storm surge estimates are for 7 to 9 feet above Clear Lake Mean Low Level Water height. 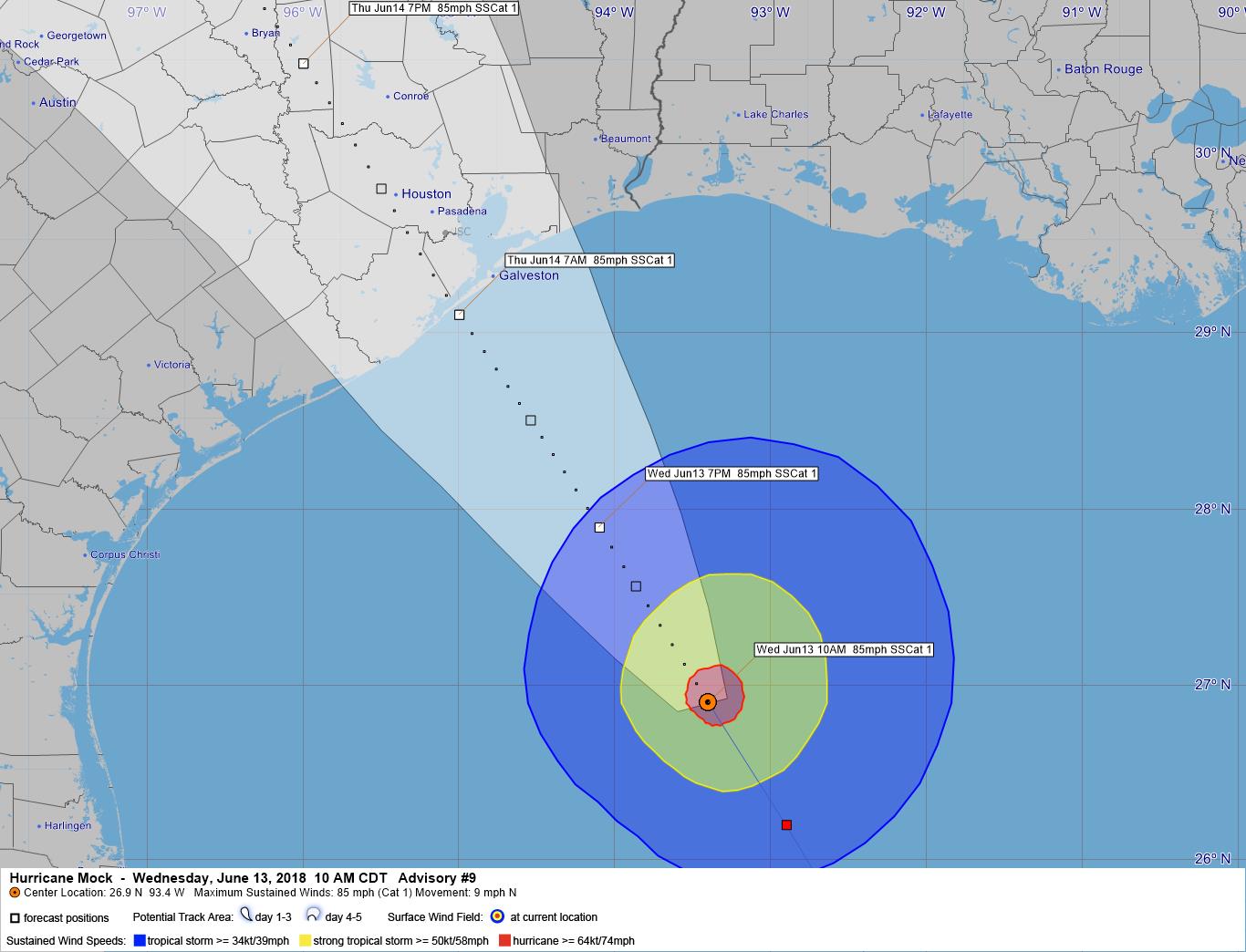