The National Hurricane Center has upgraded Mock to a category 1 hurricane.  At 10AM CDT Hurricane Mock was located at 24.2 N 91.5 W or about 430 miles southeast of JSC.  Mock has been moving to the north northwest at 9 mph. This steering current is expected to continue and Mock will continue moving northwest.  Southeast Texas, including JSC in the forecast cone for landfall.

Hurricane Mock is beginning to move a little more northwest this morning around the periphery of a strong high pressure ridge extending across Florida into the central Gulf of Mexico.  This steering current is expected to continue and Mock will continue moving northwest.  Southeast Texas, including JSC is now in the accuracy cone.  Mock will be moving off of a warm eddy of water in the central Gulf of Mexico later today but with light upper winds providing little vertical wind shear, little change in intensity is forecast before landfall.  On the projected course Mock will make landfall on the southeastern Texas coast somewhere between Galveston Bay and the TX/LA state line early Thursday afternoon.   This would put JSC on the left side of the storm with winds blowing offshore and a reduced storm surge.   A very small change in course, however, could result in a direct hit or put JSC on the right hand or “dirty” side of the storm.

Tropical storm force winds of 40 mph could arrive at JSC as soon as 9AM on Thursday lasting until early evening.  Maximum winds of around 50 mph would occur in the early to mid-afternoon hours.  Should JSC remain on the left hand side of the storm track rainfall accumulations should max out in the 5 to 7 inch range in the JSC vicinity.  A closer landfall or one to the southwest of JSC would increase rainfall to the 9 to 11 inch range and increase winds to the 70 to 80 mph range in the afternoon in a worst case scenario. 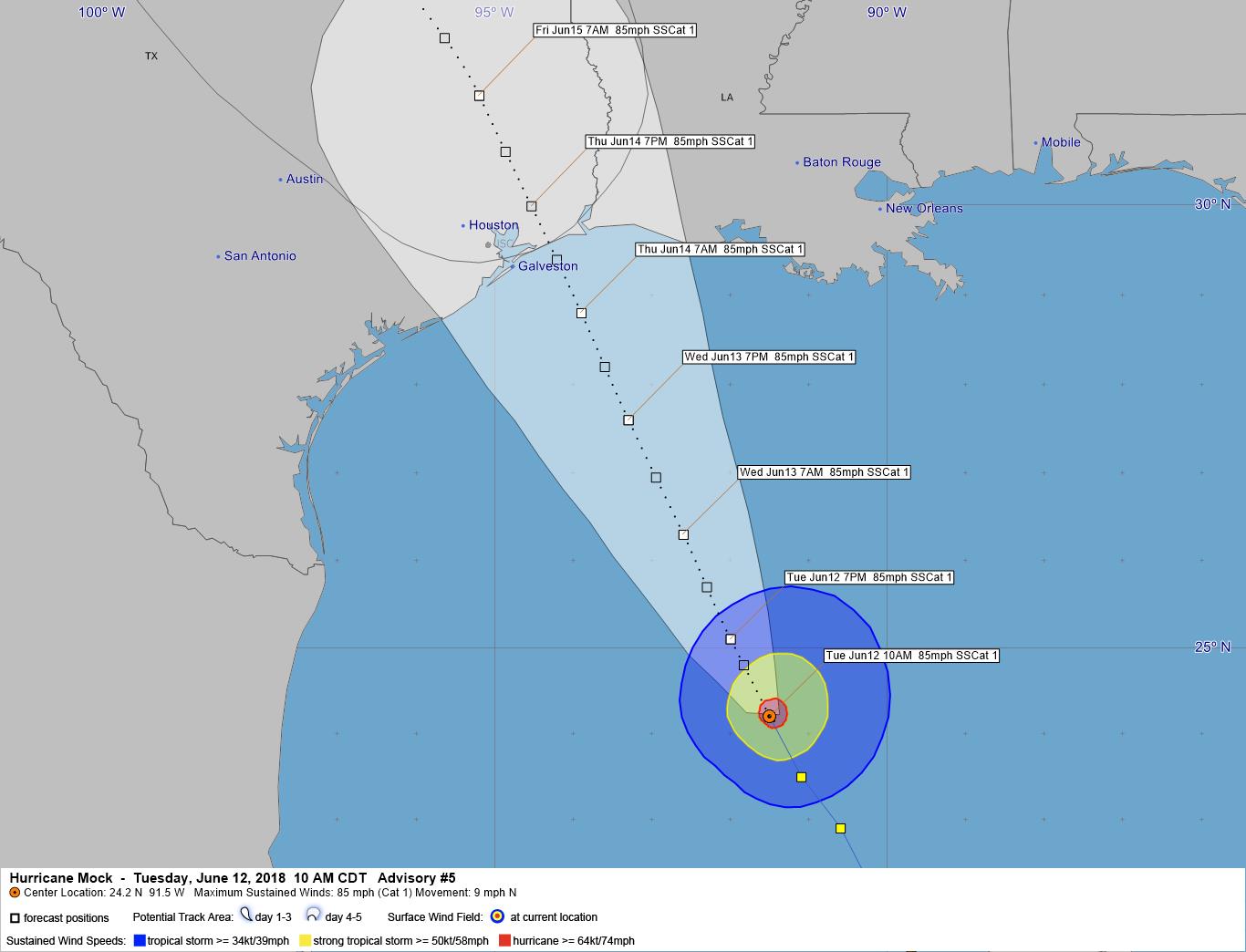